May 15 (25 Ordibehesht) is considered a significant cultural event for Iranians to commemorate the great Persian poet Ferdowsi and celebrate Persian Language Day.

Iran will pay tribute to the great Persian poet Ferdowsi, whose magnum opus ‘Shahnameh’ (Book of Kings) is widely well-known, on National Ferdowsi Day which falls on May 15.

May 15 is considered a significant cultural event for Iranians to commemorate Ferdowsi and celebrate Persian Language Day as well.

The director of NLAI, Ashraf Broujerdi and Head of Iran’s Academy of Persian Language and Literature Gholamali Haddad-Adel and professor of Tabriz University Changiz Molaee will give lecture in this conference.

The conference will be held with the presence of a number of foreign ambassadors from Persian-speaking countries at NLAI hall on Wednesday. 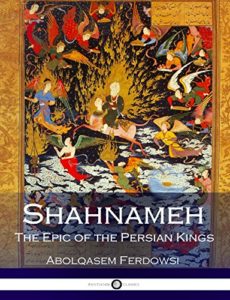 Ferdowsi (940-1020), the author of the epic ‘Shahnameh’ (Book of Kings) which is the world’s longest epic poem created by a single poet, is celebrated as the most influential figure in Persian literature. The poet continues to revive national and epic stories and history of Iran and breathe new life into Persian language and literature, and therefore he enjoys a lofty status and is venerated as Iran’s national poet.

Ferdowsi spent over three decades writing ‘Shahnameh’. It is twice as long as Homer’s ‘Iliad and Odyssey’ combined. The book about the Persian kings, written entirely in Persian, played a key role in the revival of this language and made a significant contribution to the development of Persian literature.