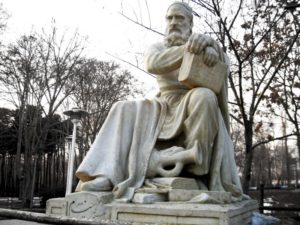 Omar Khayyam was born on May 18, 1048 in the great trading city of Nishapur in northeastern Iran.

On May 18 every year, the anniversary of Khayyam’s birth is observed as National Khayyam Day. A ceremony is traditionally held on this day in his mausoleum in Nishapur, as well as in many other locations across the country and worldwide, Iran Press reported.

He is popular for several mathematical and scientific discoveries. He was the first to provide a solution for cubic equations. He also provided geometric solutions for the same by the intersection of conics.

Khayyam’s list of contributions also included a solar calendar near-precise 33-year intercalation cycle, known as the Jalali calendar. Jalali later became the base of many other calendars. 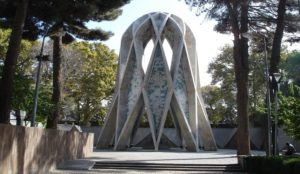 Besides mathematics and philosophy, Khayyam also contributed to Literature.

His fame in the west, however, rests upon the translation of the English writer Edward Fitzgerald of his poems in the book The Rubaiyat of Omar Khayyam.

Khayyam keeps returning to a specific message in many of his quatrains, one which stresses the importance of living for today, because the future is uncertain and life is fleeting. His works often contemplate the riddle of life, and give voice to mankind’s doubts, regrets, and fears. 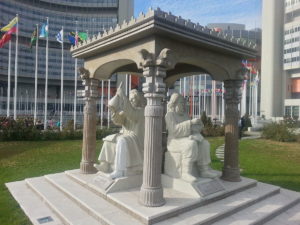