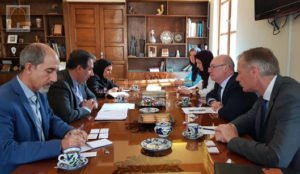 During the visit, these British officials held a meeting with the director of National Museum of Iran, Jebrael Nokandeh and discussed the expansion of relations between museums of the two countries, the need for developing bilateral cooperation in the field of museums and the importance of holding joint exhibitions both in Iran and UK.

Burt touched upon the role of museums on developing close relations between Iran and United Kingdom and said that he was among those who had issued the license of releasing Cyrus Cylinder for its exhibition in Iran’s National Museum.

Nokandeh, for his part, stressed on the need for increasing inter-museum cooperation between the two countries and hoped that UK government would provide special support for exhibiting antique items of UK museums in Iran. 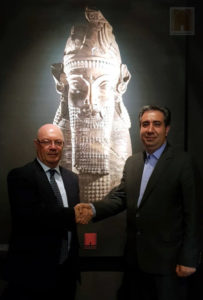 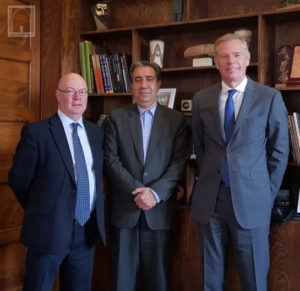