Not too far from Tehran, there is a village where its rocks will kind of scare you as they look like monsters. 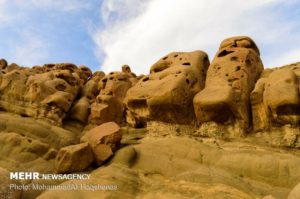 In the northwest of the metropolitan Tehran, lies a scenic village named Vardij which is considered among tourism destinations of Tehraners in springs and summers.

The village is located some 15 kilometers north of Vardavard which is the most western region of Tehran. Located in an altitude of 1850 meters above sea level, Vardij is part of Tehran’s District 22, and home to some 705 people according to 2016 consensus. 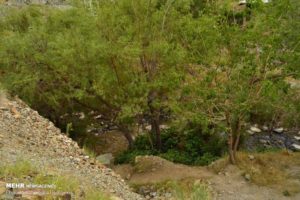 En-route to this destination, if lucky, you may see seasonal waterfalls on different corners of mountains. Springs join together in wet seasons to form a river which can even flow to southwestern sections of Tehran. The water flow and its beauties in the valley are mostly hidden to those who are traveling by road. Many come to the valley in the weekend on foot to enjoy the many waterfalls in the path. 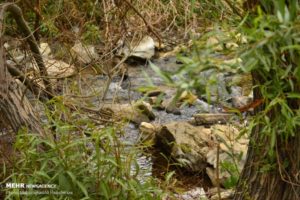 Going further by car on the road which meanders in the mountain, one will see on the left side a host of soft rocks that can scare you at first glance. These monster stones lie just on top of Vardij village. 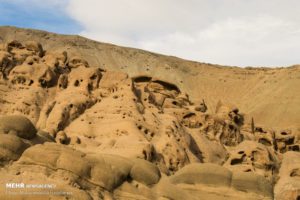 Taking a closer look at these strange rocks, you can see different types of monsters. Human skulls and animal bodies can be recognized among the crowded hill of stone giants. 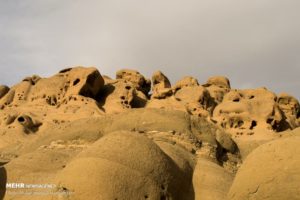 There are numerous stories behind these figures. Some locals believe that these rocks are ghosts that are turned into stones. However, science tells us that the rocks have been shaped by hundred-thousands of years of erosion.

If you are eager to have an hour-long on-foot trip, you can also see one the tallest waterfalls in Tehran; Lat Mall. The impressive cascade consists of three waterfalls the first two of which are something around 5-7 meters high. The third waterfall is 35 meters tall and flows down like stairs.

The best season to visit Vardij is in spring and summer as you can even taste its delicious fruits of cherry, apple, and walnut among others. It is not a favorite destination in autumn and winters since it gets so cold that even 90 percent of its population abandon it for warmer and more secure regions.